On this site I have posted a lot about the links between art and technology, but of course there are also fascinating possibilities between art and science. Katie Paterson, a well established artist who luckily for us frequently visits Edinburgh College of Art, creates astounding works based upon the cosmos. Throughout the ECA Degree Show 2011 many people have drawn links between my work and that of various artists, but I would say that it is the graceful and mind blowing work of Paterson that has probably inspired me the most, that and my boyfriend Jon, who is an IT geek. The idea of collaboration and crossing boundaries between subjects is certainly of great interest to me.

The image above is of Paterson’s work entitled ‘Earth-Moon-Earth’. Here’s a description of it in her own words:

‘E.M.E (Earth-Moon-Earth) is a form of radio transmission whereby messages are sent in Morse code from earth, reflected from the surface of the moon, and then received back on earth. The moon reflects only part of the information back – some is absorbed in its shadows, ‘lost’ in its craters. Returning to earth ‘fragmented’ by the moon’s surface, it has been re-translated into a new score, the gaps and absences becoming intervals and rests. In the exhibition space the new ‘moon–altered’ score plays on a self-playing grand piano.’

You can hear an extract from E.M.E. on her website here. Her website is well worth a look, as it’s full of inspiring and beautiful projects that cross the boundaries between art, science and technology. I’m certainly looking forward to seeing more of her work.

Building a Museum of Museums on the Web

Museums are always trying new methods to increase their access, but now with one incredible idea by Amit Sood which has been developed by Google, the world’s greatest art from the world’s greatest museums is going global. Known as Google Art Project, it is now possible to glide effortlessly through museum corridors using the same technology as Google Street View. Want to know more about a particular work? All the information is cleanly laid out on the right hand side should you choose to click on it. Want to see that tiny little figure at the back of a distant background that just looks like a blur? Zoom right in to see the tiniest of details, the individual fibres of the brush strokes and the cracks in the varnish.

Having also studied art history, I truly believe that this has the possibility to revolutionise the subject. There have been many a painting that I could only study from a small reproduction in a book because the museum was on another continent. Now with the expansion of Google Art Project we will be able to see paintings better than our own eyes. See for yourself. Google Art Project.

This One’s For Olaf 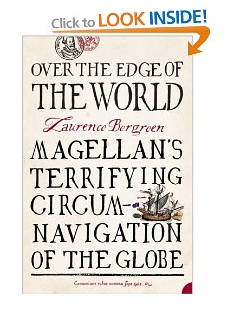 I’ve been having some really marvellous discussions this week at the ECA Degree Show 2011. It’s great to see that my degree show space has inspired such excitement about the history of the voyage of the Nao Victoria. As half of my undergraduate course consists of history of art I have a passion for history, which is often reflected in my contemporary art practice.

I’ve already posted a link to one of the original accounts, but this book is a little better at bringing the story to life. I hope those I’ve chatted to will enjoy it. ISBN: 978-0007198559. 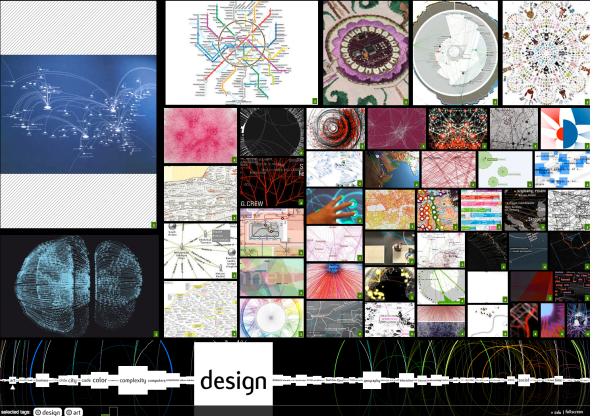 reMap is a Bestario project based upon visualcomplexity.com. It shows an enormous collection of visualisation projects based upon complex systems. Visualisations have been created by a combination of all kinds of people, such as artists, scientists, humanists, educators and so on. At first the site is mind boggling with so many different projects and possibilities, but if you have a little while to take your time over it it’s certainly a rewarding perusal. Click here to take a look.

The Web’s Secret Stories: How Do You Feel?

Jonathan Harris creates online art that teaches us about the soul of the Internet, and hence the souls of nations and individuals. What are we feeling? What are we looking for? Jonathan’s art is both insightful and elegant, and in my opinion an excellent combination of art and technology.

This is an image taken from the website Information is Beautiful, a stunning website full of fantastic visualisations of the statistics of the world we live in. If you hear the word ‘statistics’ and completely switch off, I can assure you that that won’t be the case with this website. I’ll let David describe it in his own words, which are from his website:

‘I’m David McCandless, a London-based author, writer and designer. I’ve written for The Guardian, Wired and others. I’m into anything strange and interesting. These days I’m an independent data journalist and information designer. A passion of mine is visualizing information – facts, data, ideas, subjects, issues, statistics, questions – all with the minimum of words. I’m interested in how designed information can help us understand the world, cut through BS and reveal the hidden connections, patterns and stories underneath. Or, failing that, it can just look cool!’

And his visualisations certainly do look very cool indeed. His website is well worth a look, both for its informative nature and striking designs. He even has a book published called Information is Beautiful which is certainly worth getting out of the library, but really it’s the kind of book you’d like to have in your collection. It has certainly been an inspiration to me.

The Web as Random Acts of Kindness

Social theorist Jonathan Zittrain argues why he feels that the world is becoming a more friendly and sociable place via the Internet. The Internet, he suggests, is made up of millions of disinterested acts of kindness, curiosity and trust. In the case of Virtually Nao, I am completely inclined to agree, since without the help of previously unknown volunteers the project would not have been possible. It’s certainly a view of the Internet and technology that is full of optimism.